International automotive supplier Continental is launching a $40 million expansion of its main manufacturing facility in Morganton, North Carolina, and plans to create 160 new jobs there over the next five years.

The company, which has two facilities in Morganton, will be expanding its main plant there to support a new product line – Continental’s next-generation MK C1 integrated brake system, according to a Burke County Economic Development Inc. press release. 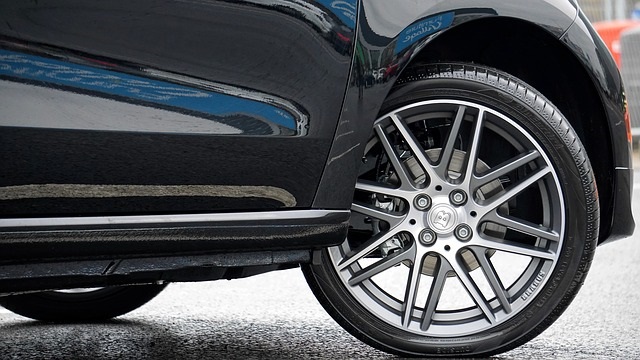 Continental is one of the top five automotive suppliers worldwide, with North American headquarters in Auburn, Hills, Michigan. The main Morganton plant in Burke County currently employs 400 people and manufactures advance anti-lock braking systems for all classes of vehicles, from compact cars to light trucks.

“The Morganton plant has a proven record for producing the current brake system and is a natural fit for expansion to meet the production needs of our newest product,” said Samir Salman, CEO of Continental, North America. “Thanks to the generous support of the state and local officials, we are pleased to make an investment that plans to expand production of our latest innovative safety technology.”

North Carolina Gov. Roy Cooper announced the expansion Tuesday. “It’s encouraging when a major manufacturer decides to keep expanding right here in North Carolina,” he said. “I’m confident that Continental will find the skilled workers they need to fill these new jobs and put more money in the pockets of people in Burke and neighboring counties.”

“North Carolina has so much to offer a global automotive manufacturing company like Continental,” state Commerce Secretary Anthony M. Copeland said. “And that’s why we continue to see these companies grow with us.” The state Department of Commerce and the Economic Development Partnership of North Carolina (EDPNC) led the state’s support for the company’s expansion.

Continental will hire all levels of advanced manufacturing positions, from machine operators to skilled maintenance workers, to support the expansion of the company. Salaries will vary by position, with a total annual payroll impact of more than $5 million.

The state has approved a Job Development Investment Grant (JDIG) to support the expansion. JDIGs reimburse new and expanding companies a portion of the new tax base created by the projects. Under the JDIG terms, Continental is eligible to receive up to $1,604,700 in total reimbursements for its Burke County expansion. Payments will occur in annual installments over 12 years, pending verification by the state departments of Commerce and Revenue that the company has met incremental job creation and investment targets.

By law, JDIG projects must result in a net revenue inflow to the state treasury over the life of the award. For projects in Burke and other Tier 2 counties, 10 percent of the eligible grant is directed to the state’s Industrial Development Fund – Utility Account to help finance economic infrastructure in rural counties. Continental’s expansion could provide as much as $178,300 in new funds for the Utility Account.