Local and state officials are calling CSX’s decision to build a massive intermodal rail terminal in Rocky Mount a “game changer” because it is expected to attract manufacturers and distribution centers to Eastern North Carolina while stimulating more shipping at the Port of Wilmington.

Building the facility is expected to create roughly 250 to 300 short-term jobs in engineering, technical services and construction. Once completed, the terminal itself will bring 149 well-paying permanent jobs to a region that has struggled with higher unemployment rates in the state. Over time, the terminal will have a multiplier effect of spurring 1,500 new jobs statewide, officials say. 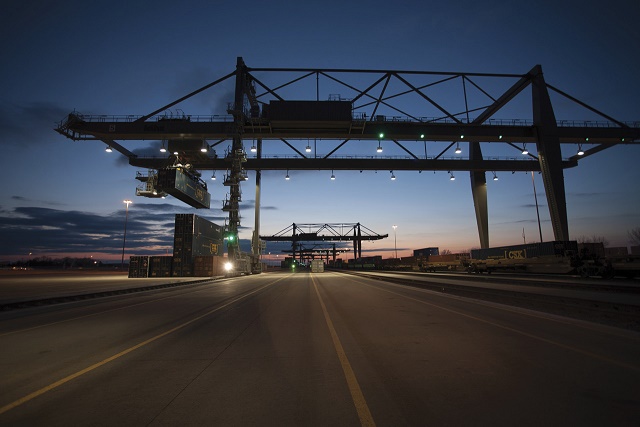 The so-called Carolina Connector, or CCX, which is on track to open in late 2019, will transfer large freight containers of consumer goods such as food, furniture and appliances between trains and trucks before shipping them to East Coast destinations and elsewhere across the U.S.

CSX is counting on its intermodal rail system to convert a share of the 9 million loads of freight now carried by trucks in the East to rail, because shipping by rail is cheaper and more environmentally friendly over long distances. The Rocky Mount hub “will increase access to national and global markets for North Carolina ports and businesses through CSX’s extensive intermodal rail network and lower shipping costs by up to 40 percent by converting freight from highway to rail,” said CSX spokeswoman Kristin Seay.

But it took much more than North Carolina’s strategic central East Coast location to win — and then hold on to — the competitive project both Virginia and South Carolina aggressively pursued.

“I thought Ellen from Day One understood the power of this project and was very helpful in helping us navigate doing business in North Carolina and the opportunities that come with it,” said Louis Renjel, vice president of strategic infrastructure at CSX.

That navigation became tricky when the first announced choice for the site fell through after opposition from property owners who did not want to sell their land for the project.

About a week later, CSX heard from Norris Tolson, president and chief executive officer of the Carolinas Gateway Partnership, which is dedicated to economic development in Edgecombe and Nash counties.

Tolson said he was told the company’s preference would be locating the terminal in a county closer to the Triangle region, a targeted and fast-growing market for the terminal’s local service. Nonetheless, CSX gave him the project specifications. After first raising a possible site that proved inadequate, Tolson suggested the Rocky Mount location across U.S. Highway 301 from North Carolina Wesleyan College. 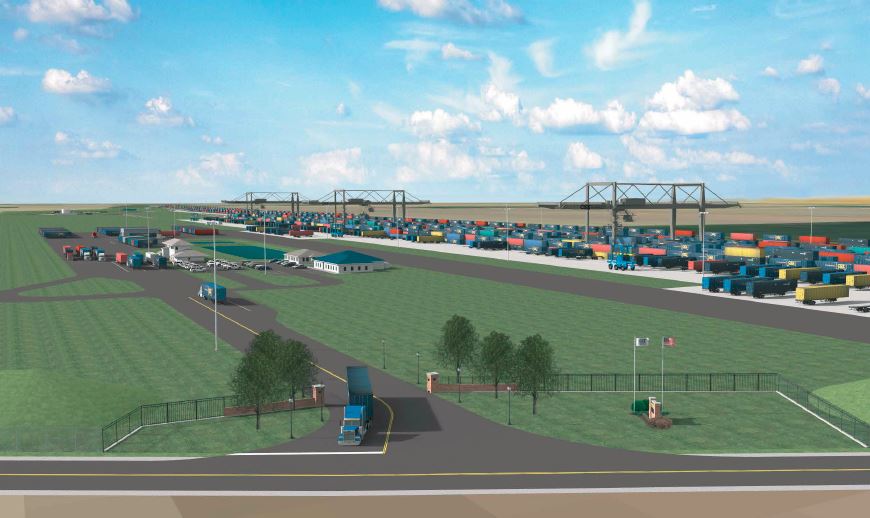 CSX rendering of the intermodal rail terminal in Rocky Mount.

Tolson also met with Wesleyan College’s president to make sure he was on board. Then the local partnership successfully obtained purchase options on total acreage that was more than adequate for the roughly 500-acre terminal.

With options and the neighboring college’s support in hand, important pieces had fallen into place.

What sealed the deal, CSX’s Renjel said, “was assembling the project, it was thinking about incentives, it was our confidence that the Carolina Gateways Partnership and the Rocky Mount public officials had the ability to bring the project from concept to reality.”

CSX must meet hiring commitments and retain its current employment in North Carolina to take advantage of $122 million in state incentives approved to support the terminal and its infrastructure needs, including up to $110 million from the state Department of Transportation, $4.3 million in Job Development Investment Grants, and $7.8 million in intermodal tax credits.

The CCX terminal will be able to handle up to 400,000 containers a year when it opens, with room to grow to more than 1 million, Renjel said. It will be environmentally friendly, he said, eliminating more than 16 million truck miles annually from North Carolina highways and operating with near-silent robotic cranes and directional lighting to reduce light on surrounding areas.

“When the CCX terminal is built, it will be the most technologically advanced rail terminal in the world,” he said.