Your favorite jacket may have had its start in a bale of plastic water bottles recycled into fiber by a North Carolina yarn maker.

In addition to being made in an environmentally responsible way, that jacket could be highly water repellent and offer superior moisture-wicking and odor control.

The domestic and global market for high-performance apparel is one reason Greensboro, N.C.-based Unifi has invested $130 million over the past three years to expand production of its REPREVE fibers and other premium value-added (PVA) yarns. The effort has included recent plant expansions in Reidsville and Yadkinville, projects supported by the Economic Development Partnership of North Carolina and its partners. 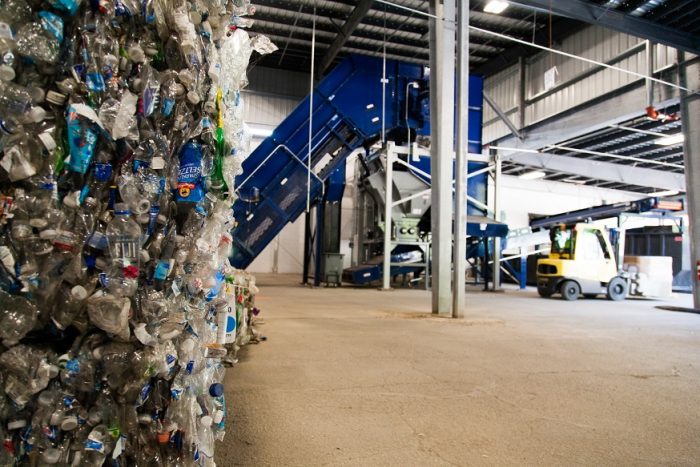 REPREVE, made out of plastic bottles and other polyester waste, is already a success story. Introduced in 2007, the REPREVE brand was part of Unifi’s move from producing commodity yarns to making high-tech performance fibers. The transition helped Unifi survive dire times for textile companies in the 2000s, and be consistently profitable in subsequent years.

REPREVE-based materials are now found in high-profile brands including Patagonia, Fossil, The North Face and Haggar. They are even part of the seat covers in Ford’s Fusion hybrid car and F-150 truck.

The company expects demand for its flagship REPREVE and other PVA yarns to grow, as “customers and consumers increasingly prefer products that are environmentally responsible,” said Tom Caudle, president of Unifi.

Unifi’s recently completed expansions of its Reidsville and Yadkinville facilities in North Carolina are important parts of meeting that demand. The EDPNC supported those job-creating projects by making Unifi aware of available grant funding that could help them expand their existing facilities.

“We cannot offer enough thanks to the folks at EDPNC for bringing this grant opportunity to our attention,” Caudle said. “The team provided an abundance of much-appreciated counsel and assistance in completing the grant process.”

In September 2016, Unifi opened a $28 million bottle processing center at its Reidsville plant, which will add 87 new jobs to bring employment there to nearly 350. Earlier in the year, Unifi finished a $10 million expansion of its REPREVE recycling center in Yadkinville, which added 19 new jobs at the yarn-manufacturing plant with roughly 1,000 employees. The projects helped REPREVE bring its entire recycling process in-house.

As part of the Reidsville project, Unifi received a $500,000 state grant that supported adding 80,000 square feet to a 47-year-old facility. That addition created space for the new 150,000-square-foot bottle processing center where plastic water and soda bottles are cleaned, sorted, delabeled and chopped into plastic flakes.

The small flakes are sent to Unifi’s recycling center in Yadkinville, where they are further chopped, melted, reformulated and textured into yarns. Unifi received a $190,000 state grant to support its 47,000-square-foot addition to the plant, which was built in 1997.

Since REPREVE was introduced, Unifi has transformed more than 5 billion plastic bottles into REPREVE fiber. In addition, demand for Unifi’s REPREVE and other PVA fibers has grown from just 20 percent of the company’s consolidated sales in fiscal year 2010 to 35 percent in fiscal year 2016.

“The expansions in both Reidsville and Yadkinville help to fulfill Unifi’s goal of vertical integration for our REPREVE recycled product line, adding flexibility, expanding production capabilities and supporting volume growth,” Caudle said. “The growth and expansion of REPREVE has helped transform our business.”