Otto Environmental Systems North America, a leading manufacturer of plastic waste bins for residential and commercial use, has turned to the EDPNC in recent years for assistance in expanding its foreign markets in Latin America.

Otto employs roughly 300 people in Charlotte, where it opened its North American headquarters in 1988. The company, which traces its roots to a family business that began in Germany in the 1930s, is a subsidiary of the Otto Group based in Roermond, Netherlands.

The company, which also provides services including container logistics, servicing, repair, design and custom molding, currently sells throughout the U.S. and exports to nations around the world. But in recent years, it has focused on expanding sales in markets closest to North Carolina — particularly Central America, South America and Caribbean nations. 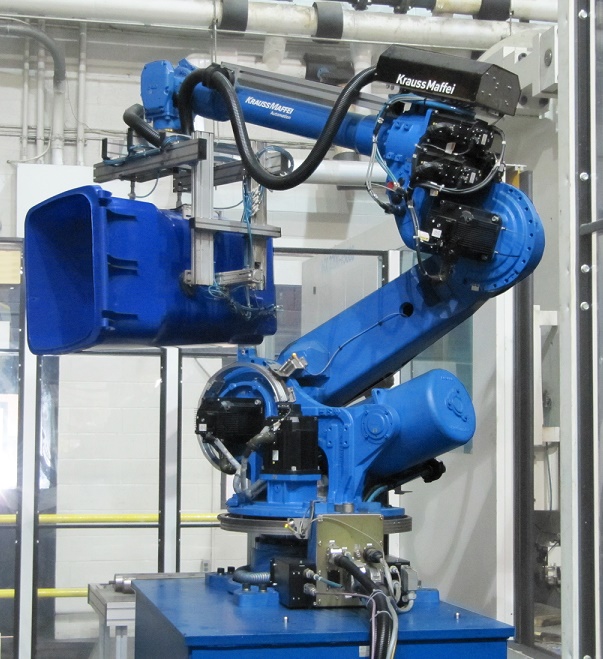 The U.S. Department of Commerce-sponsored trade forum held in Santiago, Chile, enabled U.S. companies to participate in their choice of trade mission stops in Chile, Peru, Bolivia, Paraguay, Uruguay, Argentina and Mexico. Over two days in Chile and Peru, Otto participated in meetings with foreign distributors and buyers who had been pre-screened by Commerce’s U.S. Commercial Services unit as possible matches for the company’s products and services.

“It was our first Trade Winds, and it was extremely good for us,” said Travis Dowell, director of international sales at Otto Environmental Systems North America in Charlotte. “All the meetings were pretty serious and well-coordinated.”

The company made a sale to a Peruvian distributor at Trade Winds, Dowell said, and is actively working with five new prospects it met there.

“We came back to North Carolina from the event with five very solid leads, not to mention more connections, more knowledge, and more confidence in doing business in this area of our world,” he said.

“The EDPNC was very critical to our part in Trade Winds,” Dowell added. “It’s a very good resource. They also support local export training. I attended an export compliance seminar that was sponsored by the EDPNC in Asheville recently. I was able to take away a lot of good nuggets from that.”

Dowell expects to continue working with the EDPNC and its partners as the company focuses on growing its exports in Latin America and the Caribbean, and even explores possibilities in Africa. While the percentage of the Charlotte company’s sales attributable to exports is relatively small today, Dowell said, “we would like to double that every year.”