Recognizing the recent and rapid rise of U.S. exports to the Middle East, the Economic Development Partnership of North Carolina has hired a new representative to help North Carolina businesses grow their sales in that promising market.

The representative, based in Dubai in the United Arab Emirates (UAE), will help qualified companies of 500 or fewer employees connect with potential agents and distributors in Arab Gulf nations including the UAE, Saudi Arabia, Bahrain, Kuwait, Qatar and Oman. 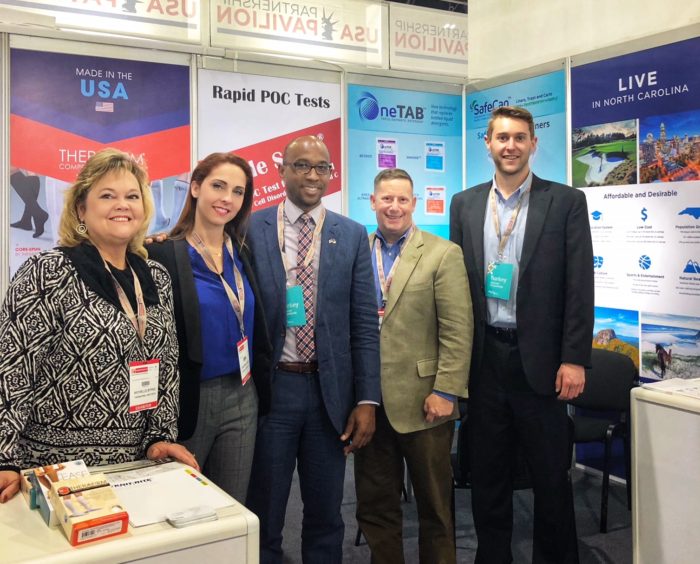 In totals adjusted for inflation, Saudi Arabia purchased $1.68 billion in goods exported from North Carolina in 2016, a 106 percent increase over five years. Over the same period, the value of goods exported from the state to the UAE increased by 46 percent.

Aircraft and defense commodities “have been the big driver in exports to Saudi Arabia,” said Mike Hubbard, Director of International Trade at the EDPNC. “But there are also great opportunities in medical, pharmaceutical and furniture exports to the region.”

In past years, STEP funds have paid for initiatives to increase North Carolina export activity in Latin America and Europe.

In addition to supporting the new Middle East trade representative, the current 2017-18 cycle of STEP funding will continue to help the state’s small businesses pay for travel and marketing material translation associated with participating in international trade shows throughout the world.

To learn more about how we can assist your company in exporting to markets around the world, email EDPNC International Trade Director Mike Hubbard.