Insider Interview: Why Citrix Chose Raleigh for a 400-Job Expansion

Citrix Systems, the software company that sparked a Raleigh warehouse district renaissance when it located there in 2014, says it’s the Triangle region’s rich talent pool that persuaded the company last year to choose Raleigh over four cities outside North Carolina for a 400-job expansion.

A podcast interview tells the inside story of how Raleigh beat out Fort Lauderdale, Florida, Alpharetta, Georgia, Santa Clara, California, and Austin, Texas, for the $5 million expansion announced in December. As part of the project, Fort Lauderdale-based Citrix will increase its Raleigh workforce from 800 to 1,200 over five years. 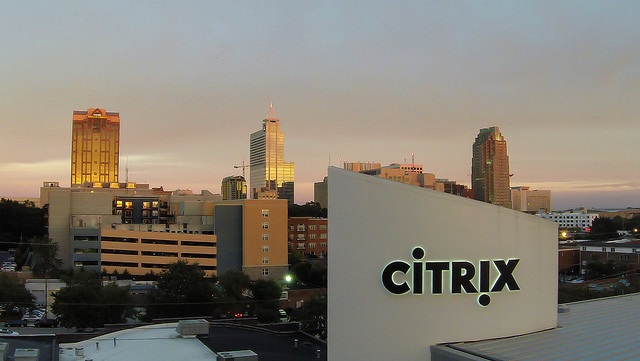 The interview with Nate Spilker, vice president of product management at Citrix, and James Sauls, economic development manager for the city of Raleigh, is part of a podcast series “The Project: Inside Corporate Location Decisions” presented by Development Counsellors International (DCI).

“Raleigh scored tremendously well in having an educated technical talent pool to draw from,” Spilker, who graduated from nearby Duke University, says in the interview. “A big contributor there is our density of universities and new grads coming out of our local universities.”

Sauls says the city prides itself on “what we feel is the trifecta of talent… which is that we can grow it, we can retain it, and we can recruit it.”

He also explains how a routine visit by city officials to Citrix’s suburban Raleigh location evolved into the company’s move into an abandoned downtown warehouse. The creatively renovated building, with its conference rooms made out of old shipping containers, is now quite the attraction.

“Everyone who comes here wants to take a tour of it,” Sauls tells DCI.

Citrix’s Raleigh location has also fueled a warehouse district revitalization, which includes the ongoing and across-the-street construction of the Union Station transit hub and a 17-story office, apartment and retail project.

To listen to the podcast or read a transcript, visit DCI’s website.