KACO USA, a maker of high-precision sealing solutions for the automotive industry, plans to expand its production facility in Lincolnton, North Carolina, creating 100 new jobs and investing $8.4 million there over the next three years.

KACO USA, which currently employs 101 people at its Lincoln County plant,  is a unit of German KACO GmgH + Co., which became part of the Zhongding Group in 2014. The China-based group operates nine facilities in North America. 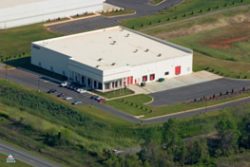 “The partnership with North Carolina and Lincoln County allows KACO to expand operations locally, as well as open the door for future expansion of the ZD Group in the state,” said Marcio Lima, company president and CEO.

KACO will add production, accounting and management personnel at its Lincolnton facility. Salaries will vary by position, but will average $34,580 per year. Lincoln County’s overall annual wages average $34,524.

KACO USA’s expansion in North Carolina was made possible in part by a performance-based grant of up to $100,000 from the One North Carolina Fund. The One NC Fund provides financial assistance in support of local governments in creating jobs and attracting economic investment. Companies receive no money upfront and must meet job creation and capital investment targets to qualify for grant funds. All One NC grants require a local government match.