A La Brava: Striking While the Sauce is Hot

Among brands like Franks Red Hot, Cholula and Texas Pete (another made-in-NC favorite), A La Brava hot sauce—which literally translates to “for the brave”—stands out as decidedly flavorful with just the right balance of zest and spice.

The secret to the sauce’s success–according to owner Marcos Medina—is its creamy texture and robust flavor, achieved through combining 17 different ingredients.

But as with any small business success story, we know it’s more than just ingredients.

Marcos and his family are immigrants. They moved from Juarez, Mexico in the early 1990s, and by a stroke of luck, landed in Winston-Salem, North Carolina. “I was working in a manufacturing factory,” Marcos says. “My wife and I needed new horizons so we decided to move to the United States. Winston-Salem was where we ended up.”

Packing whatever they could fit into a van, Marcos, his wife and his parents made the move together.

“Our story is like many immigrants who came to America before us,” Marcos wrote on A La Brava’s website, “with our dream of coming to the Land of the Free and the Home of the Brave, as well as, enjoy life and pursue whatever makes us happy.” 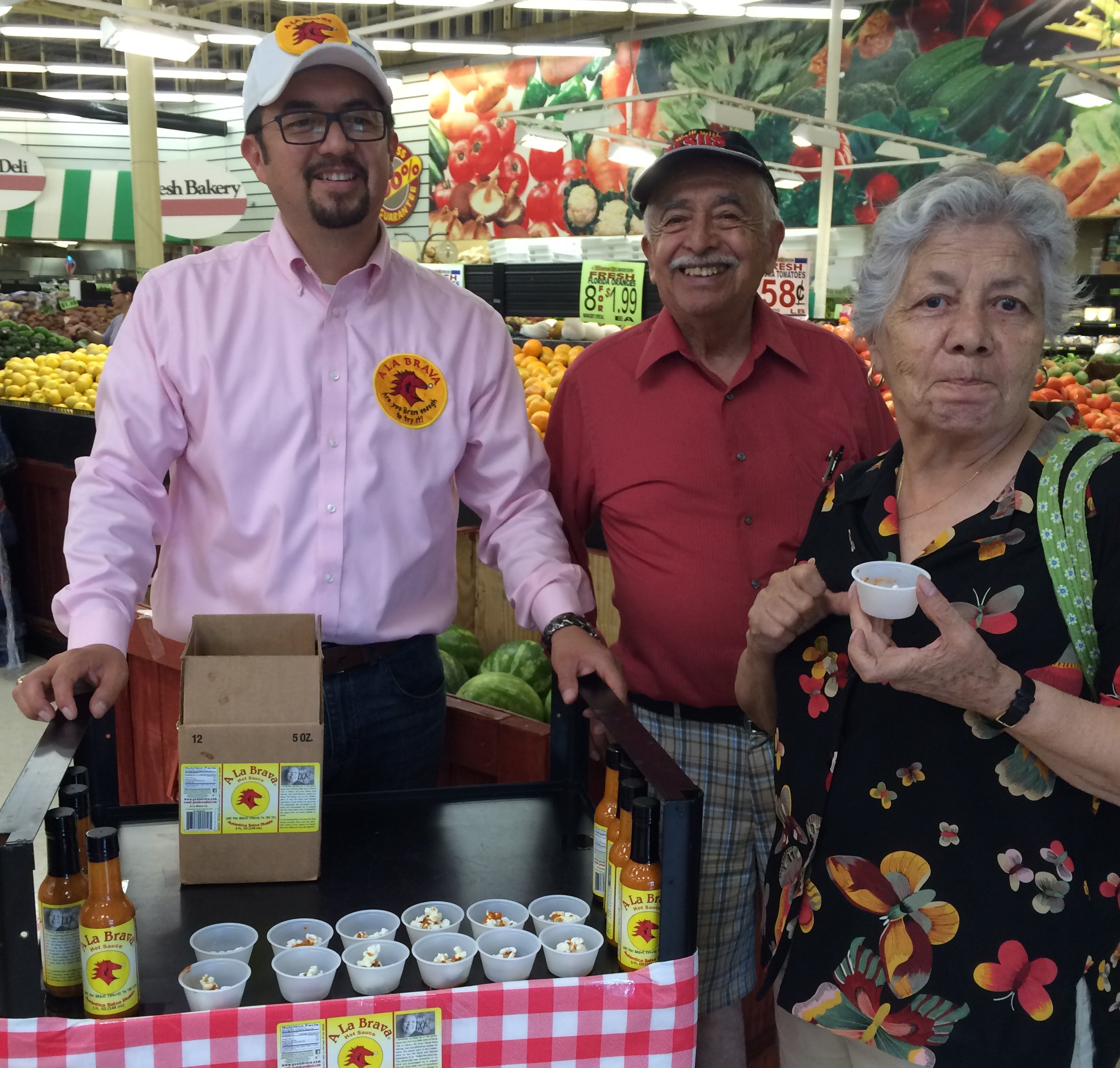 After spending a few years in the restaurant industry here in North Carolina, Marcos and his wife opened their own restaurant, Villa del Mar Mexican Grill, in April 2008.

“Living in Mexico, I wanted to open a burrito place. So when my friend here offered his restaurant up for sale, I bought it,” says Marcos.

A La Brava sauce began as a restaurant staple. “We were serving it in the restaurant, and people started asking if they could get it in a to-go cup,” Marcos said in a recent interview with the Winston Salem Journal.

As the sauce’s popularity grew, Marcos saw an opportunity to build a new business. So, he started asking around.

“I asked my health inspector where should I go first and she gave me a name and number. That person directed me to somebody else until I got to the right person,” Marcos says. “Being persistent always pays off.” 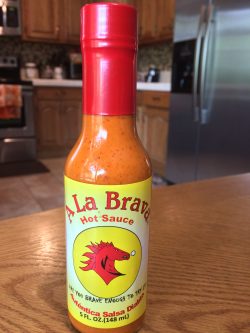 But making the leap from restaurant owner to making and selling hot sauce wasn’t without its hiccups. Marcos had some difficulty deciding on a name and logo, upon discovering his first choice for a name was already trademarked.

“We hired a lawyer to register the name, logo and slogan,” Marcos says. ”The lawyer recommended I draw my own logo on a piece of paper and create it from zero, so that’s just what I did.” Hiring a lawyer was a significant expense, but Marcos says it was worth avoiding trademark issues later on.

Marcos also called upon the Economic Development Partnership of North Carolina (EDPNC), and worked with Tracy Dellinger, our Regional Industry Manager serving the Triad region. Tracy arranged a meeting with Marcos, the North Carolina Department of Agriculture, and the Small Business and Technology Development Center (SBTDC). She also connected him with local suppliers, as well as tradeshow opportunities. “She has helped me reach many contacts that eventually will help grow my business,” Marcos says.

Today, Marcos and his wife employ about eight people at Villa de Mar–three of whom have been working with them for 10 years. Marcos counts himself as Salsa Brava’s one and only employee, but that doesn’t mean productivity is down. “In one or two days, I can produce around 600 bottles. But when orders start rolling and production grows, I will hire accordingly.”

And with a vision to one day sell A La Brava around the world, you can bet that hiring is definitely part of the plan. But for now, Marcos is staying focused on the near term. “Our short-term goal is to have a distributor in every supermarket in North Carolina, and then go to another state, and keep on growing out. In the next five years, we see ourselves covering the Atlantic Coast.”

Along the way, Marcos has learned some important lessons about persistence, and patience and hope. “I’ve learned to follow through. If I had been discouraged the first time I had setbacks I wouldn’t be here today. Many doors have been closed, but many of those are now open after knocking a second or third time.”