Chinese tire manufacturer Triangle Tyre’s plan to build a $580 million facility that will bring 800 well-paying jobs to Eastern North Carolina has been recognized with a CiCi award from Trade & Industry Development magazine. 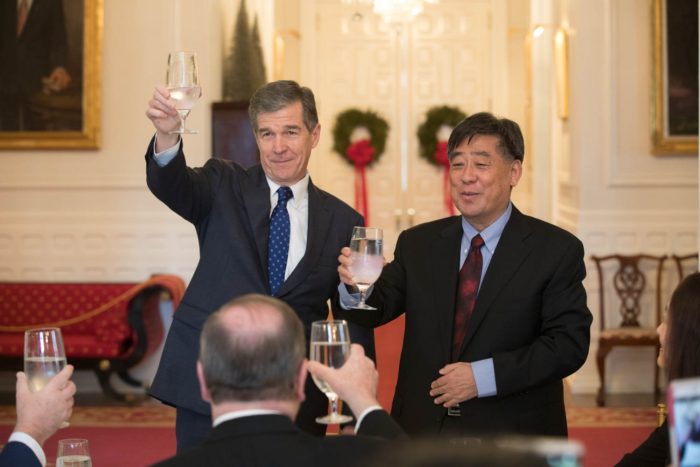 The magazine’s 13th annual Corporate Investment CiCi Award honors 15 of the nation’s largest economic development projects announced in 2017 in terms of capital investment. In addition, the magazine gives CCI Awards to another 15 projects for their impact on a community, regardless of the amount of money invested by a company.

Triangle chose the Kingsboro megasite, east of Rocky Mount in Edgecombe County, for its first manufacturing facility in the U.S. The facility will include a passenger tire plant as phase one and a commercial tire facility as phase two. At full capacity in 2023, Triangle expects to produce 6 million tires annually in Kingsboro.

Salaries for the new jobs will average $56,450, once all the positions are filled, well above the average annual wage of around $32,600 in Edgecombe County.

“Triangle Tyre is bringing a state-of-the-art manufacturing facility to Kingsboro, North Carolina, giving the region and our entire state a new and highly advanced manufacturing capacity the likes of which we haven’t yet seen in North Carolina,” said state Commerce Secretary Anthony M. Copeland. “These are quality, efficient, well-paying jobs.”

Scott D. Swoger, publisher of Trade & Industry Development,  said the award winners “provide a clear snapshot of where and in which industries growth is occurring today.”