NC Ranks Among Most Competitive Tax Structures for Businesses

RALEIGH, N.C. — North Carolina now has one of the most broad-based and competitive tax structures for business in the United States, according to a recent Location Matters survey and newly released white paper from the Tax Foundation and KPMG LLP.

The Location Matters study, released in May, compared overall tax costs among businesses of different types in all 50 states while the white paper follows that report to provide a detailed look at the factors behind North Carolina’s strong finish.

According to the white paper, major tax reforms initiated in 2013 contributed significantly toward boosting the state’s economy and eliminated what had been a major barrier to growth. During the seven years that followed, the state’s GDP rose 9.5%, exceeding the 9% national average. The state’s economy has also risen from 41st a decade ago to first today as a category of CNBC’s “America’s Top States for Business.” North Carolina also ranks first overall on Forbes’ “Best States for Business.” Additionally, North Carolina has experienced the third-highest net in-migration in the nation, following only Texas and Florida.

What’s made NC so tax competitive for businesses:

“Changes to North Carolina’s corporate tax structure were not the sole reason for North Carolina becoming more competitive for business, but it was certainly a crucial part of it,” said Gary J. Salamido, president and CEO of the NC Chamber. “Reforms to unemployment insurance tax laws have also allowed North Carolina to quickly pay off a growing federal debt, reducing a debt-inflated federal UI tax on employers and restoring solvency to the state’s UI system. Tax reform has been a game changer in terms of attracting new companies to our state, and it’s also helped incentivize companies with a presence in North Carolina to continue investing in their businesses here. It’s a tax structure that keeps costs predictable, attracts and retains corporations, and, ultimately, it has and continues to bolster our state’s economy.”

“The businesses we recruit to North Carolina weigh our tax competitiveness alongside other important considerations such as skilled workforce talent, strong infrastructure, and robust educational and training resources,” said Christopher Chung, chief executive officer of the Economic Development Partnership of North Carolina. “We see the uniquely comprehensive Location Matters study — and North Carolina’s very strong performance in that study — as powerful validation of North Carolina’s business-friendly tax climate, which, when combined with our world-class talent pool, makes our state the clear choice for fast-growing companies of all sizes and industries.” 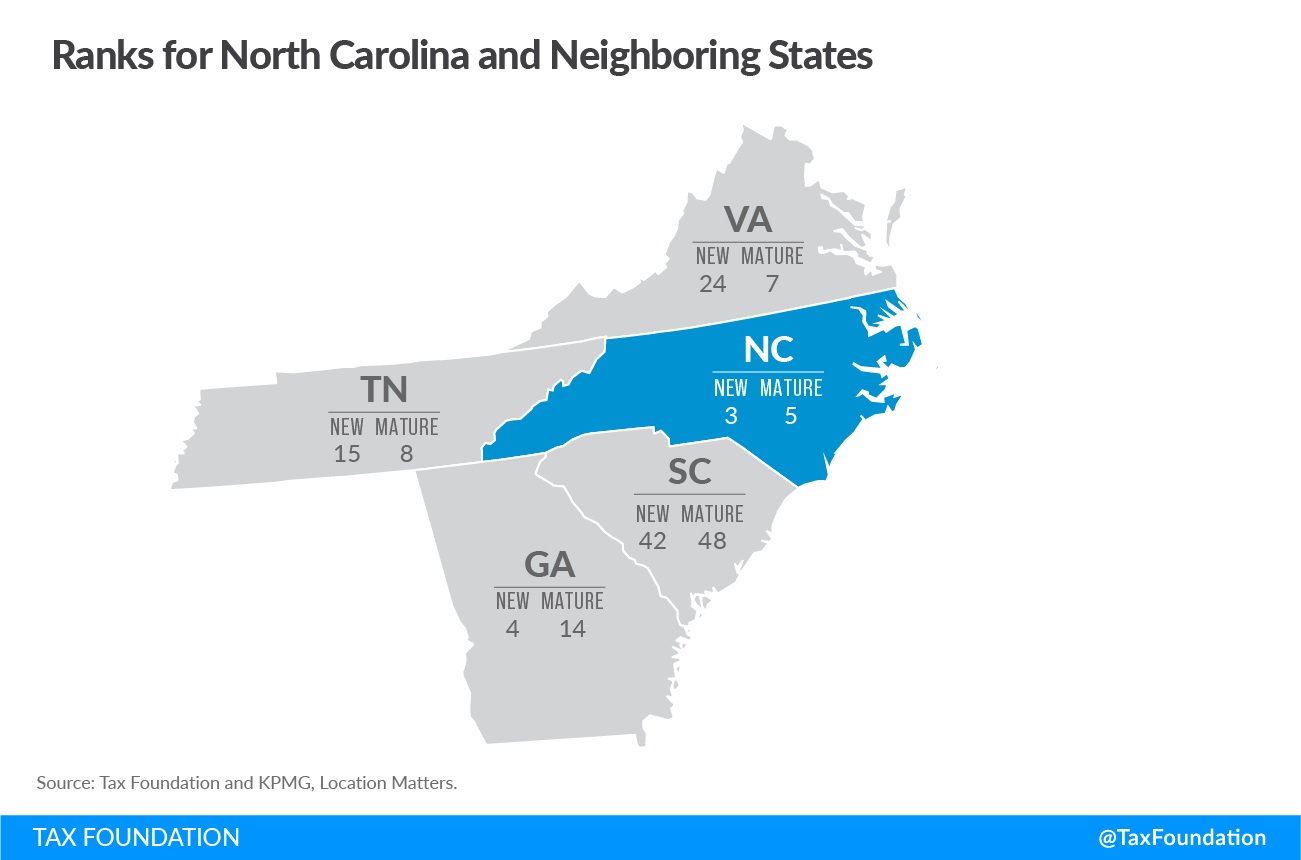 North Carolina ranks better than neighboring states for lowest overall effective state and local tax rates for both new and mature firms of various types, according to the Location Matters white paper.

About the NC Chamber Foundation:
The NC Chamber Foundation works to create a strong, sustainable future for businesses and communities across North Carolina. Through nonpartisan research and collaboration, the Foundation serves as a convener, working to disseminate information related to complex issues, track progress, and focus on a future-driven vision to expand economic growth in the state of North Carolina. The Foundation is a nonpartisan affiliate of the NC Chamber. For more information, visit ncchamber.com/foundation.