After several years of significant growth for Indian investment in the state, in 2018 the Economic Development Partnership of North Carolina opened its first overseas office committed to identifying and attracting corporate investors from India. 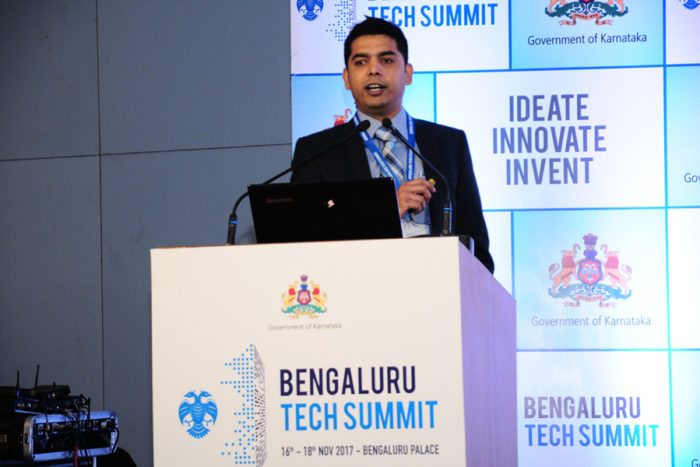 With the addition of our Bangalore office, the EDPNC now has foreign direct investment (FDI) representatives located in India, Germany (covering Europe), China, South Korea and Japan. They focus on attracting corporate investment in North Carolina from markets in those regions of the world.

In addition to its foreign offices, the business development division includes Nance and his staff of five based at EDPNC headquarters in Cary.

Their combined mission: To proactively generate leads for international and domestic business recruitment projects. The team identifies companies that may be poised for a U.S. expansion and develops relationships with their leadership. Once a lead develops into an active project, it’s turned over to an EDPNC business recruiter to present site options.

In 2018, the team identified 325 leads overall; 67 of those developed into qualified recruitment or expansion projects actively pursued by the state. That’s an increase over 2017, when the team referred 55 qualified leads for targeted recruitment.

“Indian investment in the U.S. generally — and in North Carolina specifically — has grown substantially. There’s opportunity to attract more of the same to our state.”

For the past several years, EDPNC Chief Executive Officer Christopher Chung has been interested in adding India — one of the fastest-growing economies in the world — to the state’s roster of overseas FDI offices.

“Indian investment in the U.S. generally — and in North Carolina specifically — has grown substantially,” Chung said.

“There’s opportunity to attract more of the same to our state, because we have strong industry sectors that align with Indian interests including IT, pharmaceuticals, textiles, food processing, automotive and aviation,” he said. “In the big area of IT consulting, our central East Coast location and tech talent appeal to global companies that want to nearshore facilities closer to their existing U.S. customers.”

North Carolina has led many other states in Indian investment over the past five years. From 2014 through 2018:

Why India, Why Now?

Announcements by India-based companies in recent years have made big headlines in North Carolina, such as information technology giant Infosys choosing Raleigh in 2017 for a 2,000-job innovation and technology hub. Others include IT services company HCL Technologies’ 1,237-job expansion in Cary; Aurobindo Pharma’s 275-job research and development headquarters in Durham; and technology services firm Zensar’s new customer delivery center, which is expected to create up to 200 new jobs in Durham.

While urban areas have attracted most of the Indian investment, several projects have been announced in rural communities. They include AR Textiles’ factory in Martin County and Mumbai-based Mahindra Vehicle Sales and Service’s choice of Henderson County for its North American office headquarters. 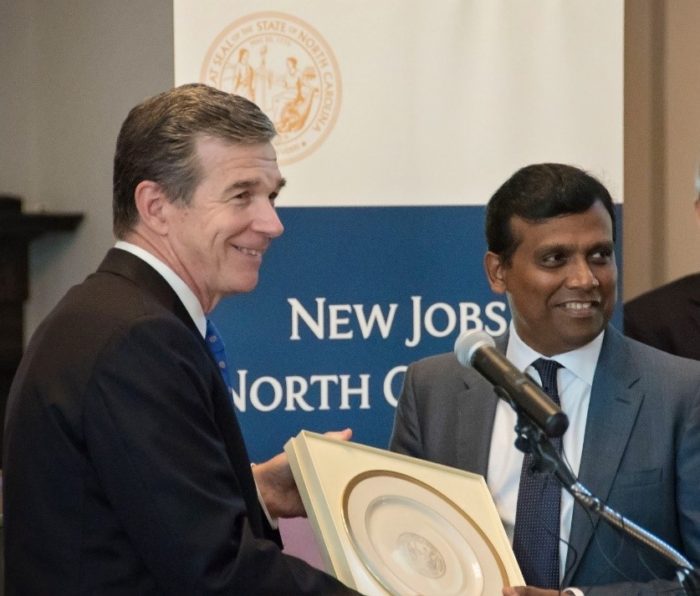 North Carolina Gov. Roy Cooper and Infosys President Ravi Kumar announce in July 2017 that the technology consulting company would be establishing a 2,000-job hub in the Research Triangle region of North Carolina.

The EDPNC’s new FDI office opened Nov. 1 in Bangalore. Rahul Padmanabha is North Carolina’s FDI representative there. Padmanabha was previously India investment lead for SelectUSA, a division of the U.S. Department of Commerce dedicated to connecting companies around the world to investment opportunities in the U.S.

“Like all our FDI representatives around the world, Rahul will identify prospects and promote North Carolina through marketing events, conferences and one-on-one meetings with corporate leaders,” Nance said. “We’ll also connect to companies that are common touchpoints for these corporations when they explore expansion, such as law firms, immigration firms, accounting or construction companies.”