Automotive manufacturing is a thriving and fast-growing part of North Carolina’s diverse manufacturing industry, which employs more than 460,000 people and constitutes the largest manufacturing workforce of any state in the Southeast. 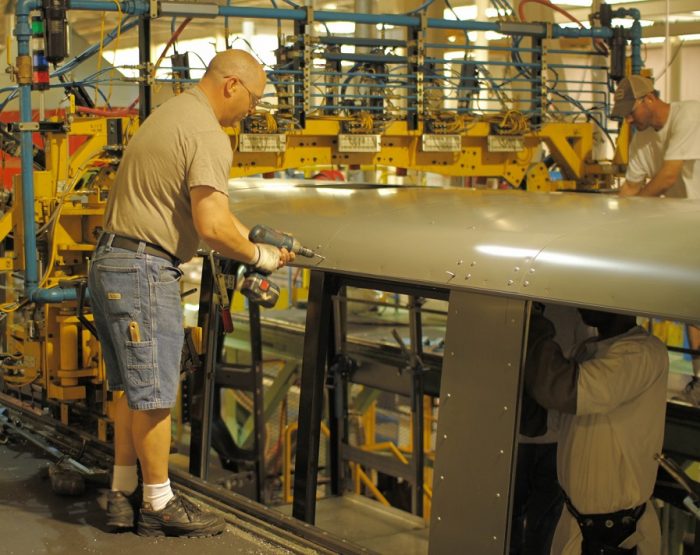 Thomas Built Buses, a Daimler subsidiary based in High Point, N.C., has grown its workforce by more than 50 percent over the past six years and now employs more than 2,000 people.

Employment in the state’s automotive manufacturing cluster grew 22 percent between 2012 and 2016, and now encompasses more than 26,000 people working for 290 companies.

For example, High Point, N.C.-based Thomas Built Buses, America’s largest school bus manufacturer producing over 16,000 vehicles a year, has grown its workforce by more than 50 percent over the past six years and now employs more than 2,000 people.

“Our growth has come through expansions in our capacity, our market share and the overall size of the school bus market – but our success really comes from a culture of quality ingrained in North Carolina workers,” company CEO and President Caley Edgerly says.

The state’s tally of automotive manufacturing workers should continue to climb, as cutting-edge automotive component manufacturers and their suppliers have recently announced plans to expand or locate new operations in the state.

In addition, North Carolina has made its high-octane business climate even more attractive to automotive and other manufacturers in recent years, through business-friendly changes to its tax structure and incentives.

PROVIDING A SKILLED WORKFORCE AND MORE

All told, those assets explain why, year after year, North Carolina places among the Top 10 or better in the nation’s most respected business rankings. In fact, North Carolina is the only state that has ranked among Forbes magazine’s Top 5 best states for business for 11 consecutive years. Currently No. 2 in the magazine’s best states list, North Carolina scores particularly well in the ranking’s measures of regulatory environment and costs of doing business (more than 10 percent below the national average).

The state’s manufacturing tradition and workforce assets particularly appeal to automotive component manufacturers expanding or opening plants in North Carolina. Take, for example, GKN Driveline, a global leader in all-wheel drive (AWD) technologies that is investing $179 million and adding more than 300 new jobs at its locations in Alamance, Catawba, Lee and Person counties. 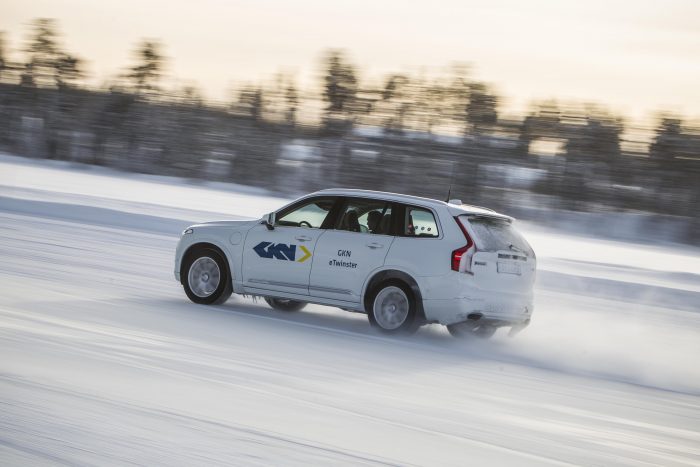 “North Carolina is an important part of our strategy, with strategically located facilities and an outstanding workforce,” GKN Driveline CEO Phil Swash says. GKN has launched two major expansions in the state in recent years.

“North Carolina is an important part of our strategy, with strategically located facilities and an outstanding workforce,” GKN Driveline CEO Phil Swash said last year when announcing the expansion.

The news came roughly a year after his company, a unit of UK-based global engineering business GKN, completed a $100 million expansion of its Newton, N.C., plant.

GKN Driveline, whose cutting-edge technologies are featured in vehicles such as the Jeep Renegade, Range Rover Evoque and Volvo XC90, is shifting its production into a higher gear to meet expected growth in the North American market. All-wheel drive system sales in North America are projected to reach 3 million units a year by 2020, a 20 percent increase over the 2.4 million units sold in 2015.

GF Linamar also stressed North Carolina’s workforce resources, as well as its proximity to leading automakers in the Southeast, when it chose Henderson County for its $271 million aluminum die-casting plant that will start production later this year and ultimately employ 350 people.

“There are few equivalent die-casting operations that exist in the U.S., although there are plenty of iron-casting facilities,” said Andrew Tate, president of the Henderson County Partnership for Economic Development. “So the company knew that wherever they located, they would have to do training.” 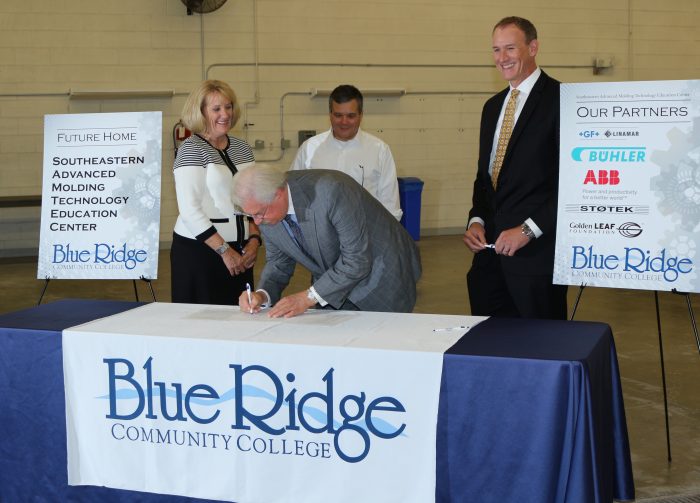 In 2016, Blue Ridge Community College created the Southeastern Advanced Molding Technology Education Center (SAMTEC) at its Flat Rock, N.C., campus, the only holistic, high-pressure die-casting and mold training center east of Illinois. The center will focus on providing quality workforce training in the high-pressure die casting of aluminum and magnesium parts, technologies particularly suited to lightweight automotive production. Its graduates will have skills catering to the needs of area manufacturers such as GF Linamar, Buhler, ABB and Stotek, as well as the roughly 20 other die cast manufacturers in the Southeast U.S.

To address that need, Blue Ridge Community College created the Southeastern Advanced Molding Technology Education Center (SAMTEC) at the school’s Henderson County campus. SAMTEC will train existing and potential employees of GF and other area manufacturers in high-pressure die cast of aluminum parts, as well as the production of a wide variety of plastic products through injection molding and extrusion processes. SAMTEC is the only holistic, high-pressure die-casting and mold training center east of Illinois, according to the college, and center instructors have traveled to GF’s Austria plant to learn its processes.

Blue Ridge is only one school in a 58-campus state community college system that is the nation’s third-largest. But its responsiveness to an employer’s specific needs is typical of a North Carolina community college network that is a national model for customized training. These colleges also offer some of the most comprehensive and advanced vocational and technical programs in the U.S., including advanced manufacturing and automotive tracks.

The state is continuing to build on its strong foundation for automotive and other manufacturers. Most notably, it recently reduced its corporate income tax rate from 4 percent to 3 percent ‒ the lowest rate among all 44 states with the levy ‒ and cut the personal income tax from a flat rate of 5.75 percent to 5.49 percent.

In 2018, the state is taking another significant step to support manufacturers, by fully implementing single sales factor apportionment for multistate corporations. Effective Jan. 1, the state will determine how much of a corporation’s income is subject to state tax based solely on its revenue from North Carolina sales. It will no longer factor in a company’s property and payroll in the state.

The single sales factor approach encourages corporate expansion and job creation because it doesn’t penalize companies for hiring or investing in facilities.

The state has also significantly increased funding available from its flagship incentive program, the Job Development Investment Grant (JDIG). And some of those changes target landing large-scale manufacturing projects, such as an automotive assembly plant.

For example, projects that invest at least $500 million and create at least 1,750 jobs can receive a grant worth up to 100 percent of the personal income tax withholdings associated with the new jobs ‒ for up to 20 years vs. the typical 12 years.

In addition, so-called “transformational” projects, those that invest more than $4 billion and create at least 5,000 jobs, aren’t subject to the state’s cap on JDIG awards. Those projects can receive grants that reimburse up to 100 percent of the personal income tax withholdings associated with new jobs for up to 25 years.

North Carolina also has four assembled megasites, ranging in size from 1,400 acres to 2,300 acres, to meet the needs of mega-manufacturers. 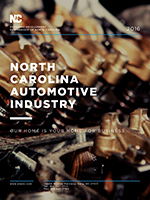 ticle, written by the Economic Development Partnership of North Carolina (EDPNC), first appeared in the May/June 2017 issue of Trade & Industry Development magazine. The EDPNC helps companies of all sizes identify sites, navigate economic-development incentives, find workforce solutions and more. If you are interested in locating or growing your business in North Carolina, call 919-447-7744 or email clientservices@edpnc.com. Download our brochure for more information about our state’s assets for for automotive industry OEMs and their suppliers.