Raleigh Moves Up to No. 2 on Forbes’ Best Places for Business and Careers

Raleigh has moved up one spot to rank No. 2 on Forbes magazine’s “Best Places for Business and Careers” in the U.S.

The Raleigh metropolitan area has finished among the top three in the ranking for each of the past 15 years and “has by far been the most consistent performer’’ in the annual survey, according to the Forbes article announcing the 2017 results. 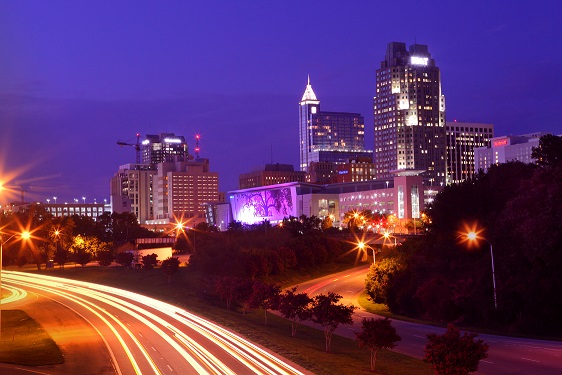 The survey compares the business climates of the 200 most-populous metro areas in the U.S., rating them on 14 metrics related to job growth, costs (business and living), income growth, quality of life and the education of the labor force.

The top spot in the magazine’s 19th annual survey goes to Portland, Oregon, this year. Rounding out the top five are Raleigh; Seattle, Washington; Denver, Colorado; and Des Moines, Iowa.

Forbes’ 2017 ranking notes that Raleigh boasts one of the most educated labor forces in the U.S., with 47 percent having a four-year college degree; a continued high-rate of in-migration; business costs that are 12 percent below the national average; and employment forecast rates that are among the top 10 in the U.S.

Read the Forbes article for further details about ranked cities, the survey and its methodology.