North Carolina has been named the No. 2 state to do business by Site Selection magazine for the third straight year.

North Carolina scored a total of 94 points across all the criteria in Site Selection’s 2017 Top State Business Climate Rankings, close behind top-ranked Georgia with 98 points. 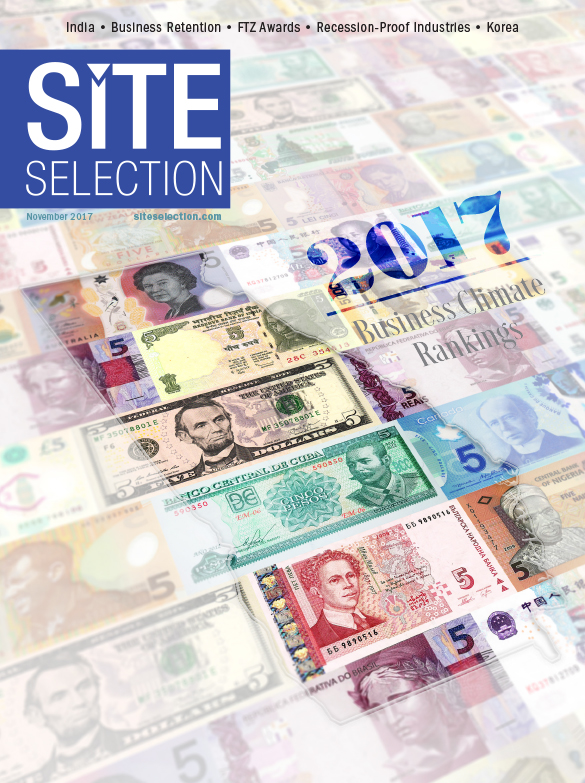 Fifty percent of the ranking is based on a survey of site selectors (i.e., corporate facility investors and site consultants) regarding which states they consider the most business friendly.

The other 50 percent is based on seven criteria, including performance in Site Selection’s annual Prosperity Cup. North Carolina is currently No. 1 in this ranking of competitiveness in attracting new plants.

The remaining criteria include: total Conway Projects Database-compliant facility locations and expansion projects announced in 2016 (this considers only private-sector projects that involve one or more of the following — $1 million or more in investment, 20 or more new jobs or 20,000 or more square feet of new construction); total projects in 2017 per capita; total 2017 projects year to date; total 2017 projects year to date per capita; and state tax burdens on new and mature firms.

In fiscal year 2017, the Economic Development Partnership of North Carolina, working with its partners, helped close deals on 137 business recruitment and expansion projects resulting in the announcement of $3.83 billion in investment and 15,748 new jobs in North Carolina.  That compares well to FY 2016 results, particularly on the jobs front, when the EDPNC and its partners supported 122 projects that resulted in the announcement of 14,806 new jobs and $4.2 billion in capital investment.