When innovative startup RiceWrap Foods announced in 2018 that it was locating a $9.9 million processing plant expected to create 305 new jobs in Butner, it was a big win for rural Granville County.

“RiceWrap adds a unique element to the mix of industry, and the local community was enthusiastic about the number of jobs,” said EDPNC Business Recruitment Manager Laura Lee, whose focus is on recruiting new food- processing operations for North Carolina. “It’s also an innovative company that aligns with current trends in the food sector toward alternative protein or vegetarian products that use natural ingredients.”

“RiceWrap adds a unique element to the mix of industry, and the local community was enthusiastic about the number of jobs.” 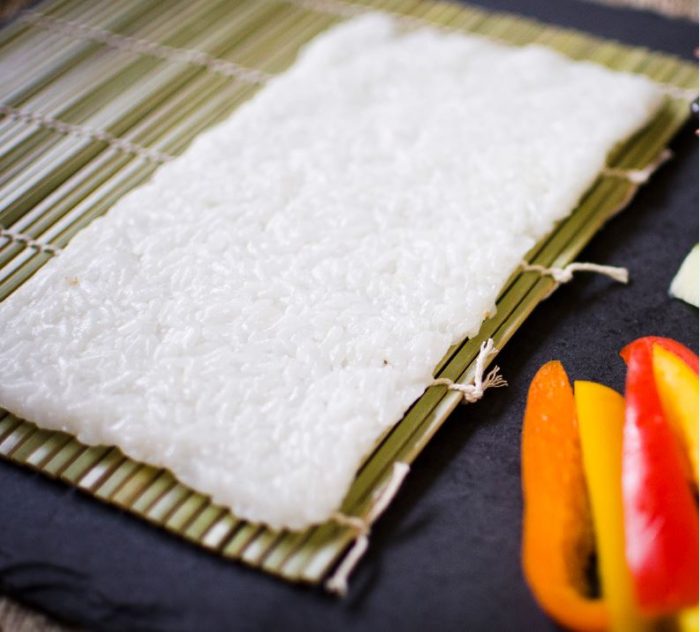 Harry Mills, director of the Granville County Economic Development Department, welcomes the additional jobs and diversity RiceWrap brings to the county and Butner in particular, a town of 7,700 where several area prisons are a major local employer.

“Granville County has a strong manufacturing base, which complements our agricultural operations, and some of our manufacturers have expanded in recent years,” said Mills, who was tapped to lead the county’s economic development efforts in 2014. “But RiceWrap is the first food-related industry to come into the county during my tenure.” Mills added that “food-processing companies that pay solid wages are a good fit for Granville” and four neighboring rural counties that make up the Kerr-Tarr Regional Council of Governments.

Lee worked with Mills to support RiceWrap’s ultimate choice of a building at Butner’s Falls Lake Commerce Center over two sites the company was considering in Virginia. Easy access to I-85, a ready-to-go existing building, and quick state turnaround on an incentives offer all played into RiceWrap’s choice.

RiceWrap would be distinctive in any location. Founders Richard Cronk and his son, Kyle, developed their frozen sushi rice out of a test kitchen in Raleigh. As former restaurant owners, they noticed the difficulty of making sushi rice of consistent quality.

Their solution has grown into a company that now supplies customers including a major food-service management company, Notre Dame University, and high-end retailers including Whole Foods and Lunds & Byerly’s. But it was tuna giant Bumble Bee Seafoods’ $12 million investment that catalyzed RiceWrap’s decision to relocate from Raleigh into the Butner plant. 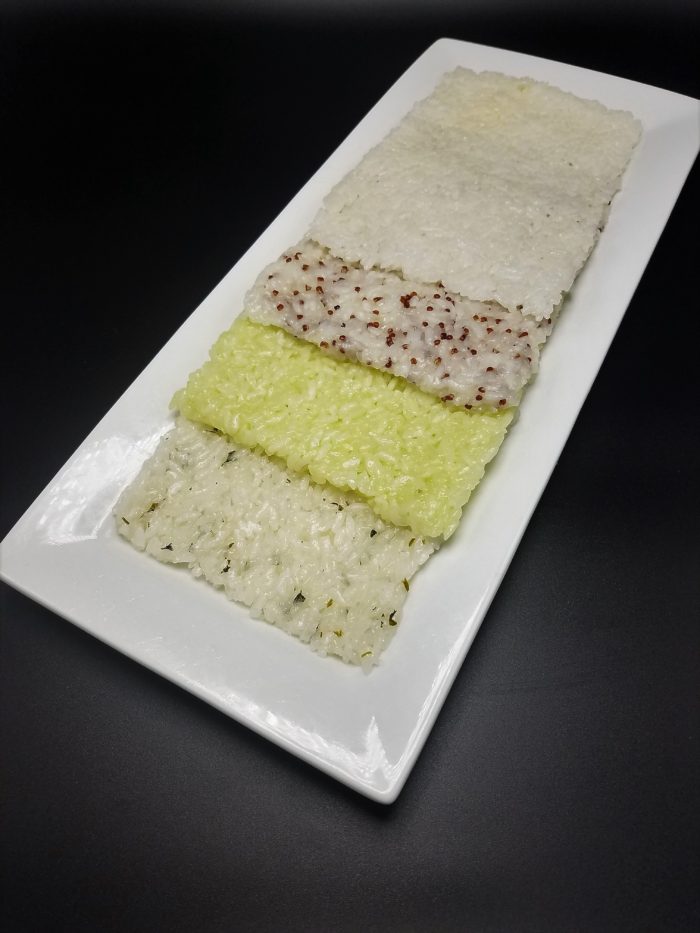 Varieties and flavors of RiceWrap sushi rice sheets include white, white and brown, cilantro-lime, and white quinoa and wasabi.

“Bumble Bee saw our rice at the Boston Seafood Show in 2017 and just flipped out that someone could make sushi rice, freeze it and have it fully come back,” Richard Cronk said. “And it dovetailed with some of the things that Bumble Bee was trying to do with sushi protein. We were a perfect fit for them, particularly on a retail basis.”

Bumble Bee will provide fish protein for new retail products RiceWrap is planning. They include a sushi pack with all the ingredients to make four to six rolls and a party pack, Cronk said.

Lee provided RiceWrap several site options to consider for the plant — including the Butner building that Cronk had identified and ultimately chose. She also helped the company navigate the incentives process.

“The Butner site rose to the top because, for all intents and purposes, it was a brand new existing building, had the number of bays needed and was within 100 yards of I-85. We’re right at the exit, which is ideal,” Cronk said.

North Carolina also moved faster than Virginia in presenting incentives, Cronk said. “We had to know that we could be up and running quickly.”

The expansion announcement came just four months after RiceWrap’s project consultant first reached out to the EDPNC in October 2017. Ultimately, the project qualified for a North Carolina Job Development Investment Grant of up to $1.9 million spread over 12 years, if it meets annual hiring targets. Granville County and the town of Butner provided local matching incentives.

“Everybody has been great,” Cronk said of the support he has received from state, county and town officials. “It’s made life easier.”