Leading drug maker Merck will invest more than $650 million and create more than 400 jobs in North Carolina, building a new production facility at its current manufacturing site in Durham and expanding its packaging operations in Wilson.

The major expansion will enable Merck to meet growing demand for Gardasil and Gardasil 9 recombinant human papillomavirus (HPV) vaccine, which helps prevents cervical and other cancers associated with HPV. Merck will invest up to $650 million in the Durham location and create 391 jobs there. In Wilson County, the company will invest up to $30 million, creating 34 jobs. 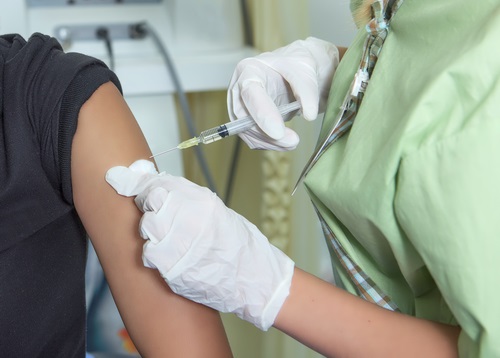 “The life science industry cluster in North Carolina enjoys a well-earned reputation as one of the nation’s leading centers for biotech innovation,” said North Carolina Commerce Secretary Anthony M. Copeland. “Merck’s long experience in our state gave them the confidence to bring this important new operation to North Carolina.”

Merck, headquartered Kenilworth, New Jersey, and known as MSD outside North America, discovers and develops medicines and vaccines for many of the world’s most challenging diseases. The company operates in more than 140 countries.

The company’s Gardasil 9 vaccine helps prevent nine strains of HPV, including two  types that cause an estimated 70% of cervical cancers. Merck’s North Carolina expansion includes plans to design, build, and win qualification from the U.S. Food and Drug Administration for a new 225,000-square-foot manufacturing facility to produce active ingredient for the vaccine. The new facility will be located at Merck’s Maurice R. Hilleman Center for Vaccine Manufacturing in Durham.

“Merck is delighted to bring additional investment and jobs to North Carolina,” said Sanat Chattopadhyay, executive vice president and president of Merck’s manufacturing division. “Our Durham and Wilson plants are key strategic sites in the Merck global manufacturing network. And the strong support of the state is critical for the success of businesses such as ours.”

The North Carolina Department of Commerce and the Economic Development Partnership of North Carolina (EDPNC) led the state’s support for the company’s decision.

Although wages for the new positions will vary depending on position, the average salary overall will reach $73,382. The current average wage in Durham County is $68,731 and it’s $44,012 in Wilson County.

Merck’s project in North Carolina will be supported, in part, by a Job Development Investment Grant (JDIG) approved by the state’s Economic Investment Committee earlier today. Over the course of the 12-year term of this grant, the project is estimated to grow the state’s economy by $3.1 billion.

Using a formula that factors in the new tax revenues generated by the new jobs, the JDIG agreement authorizes the potential reimbursement to the company of up to $4,974,750, spread over 12 years. State payments only occur after the company has met its incremental job creation and investment targets.

The JDIG agreement requires Merck to retain the current 1,234 positions it has in the state in order to qualify for grant payments for the new jobs.

The company’s transformation at its Durham site includes the end of bulk production for its drug product varicella, due to changes in market demand. As a result, Merck will eliminate the positions of up to 150  full-time employees at the plant. Most of the job reductions will be immediate. However, these positions are included in Merck’s retention target, which means the company must return to current staffing levels before adding the 425 jobs announced today.

Because one of the sites Merck chose is in Durham County, classified by the state’s economic tier system as Tier 3, the company’s JDIG agreement also calls for moving as much as $1,515,250 into the state’s Industrial Development Fund – Utility Account. The Utility Account helps rural communities finance necessary infrastructure upgrades to attract future business.