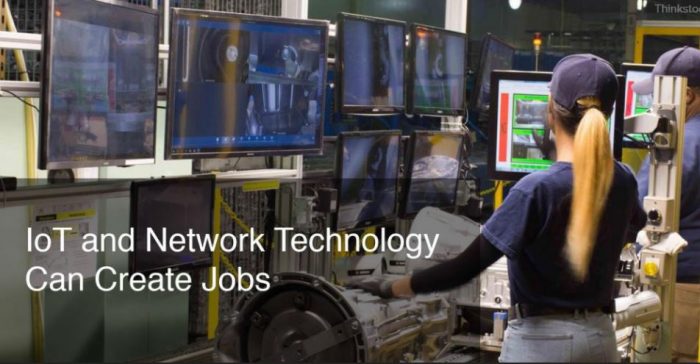 The AW North Carolina plant churns out more than 600,000 automatic transmissions per year for models such as the Camry, Tundra, Tacoma, Sequoia and Rav4. Image courtesy of the Internet of Things Institute

A high-tech transmission plant in North Carolina embodies many of the megatrends sweeping the industrial sector.

The top manufacturing facility of Toyota transmissions isn’t based in Japan but in Durham, North Carolina. The AW North Carolina (AWNC) plant — a subsidiary of AW, which is based in Anjo City, Japan — churns out more than 600,000 automatic transmissions per year for models such as the Camry, Tundra, Tacoma, Sequoia and, most recently, the Rav4. Each day, the smart factory converts cold-rolled steel into more than 3,000 transmissions, each of which includes some 700 to 800 parts.

While the output of the Japanese-owned facility is impressive, the plant just might serve as a microcosm for the future of manufacturing, thanks in part to a $1.2-million overhaul of its IT network. But the facility also highlights several trends relevant to IIoT [Industrial Internet of Things] adoption and the future of work.

Read more of this article written by Brian Buntz, content director at the Internet of Things Institute. The IoT Institute provides thought leadership on the state of IoT implementation by providing trends, analysis, and case studies.