Clearwater Paper Corporation will launch a major expansion at its facility in Cleveland County, creating 180 jobs over the next two years. The company will invest $330 million at its production and distribution operations in Shelby.

“Companies like Clearwater Paper know that North Carolina is a wonderful place to do business thanks to our skilled workforce, strong infrastructure and prime location,” said North Carolina Gov. Roy Cooper. “We want companies looking to expand to come to North Carolina because there’s no better place to invest and grow.” 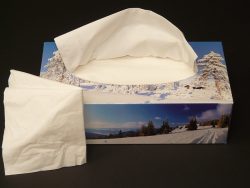 Clearwater Paper is the largest provider of private-brand tissue to the U.S. retail market. Headquartered in Spokane, Wash., the publicly-traded company was created in 2008 through a spinoff from a predecessor company. Clearwater Paper has manufacturing facilities in 13 states. Its facility in Shelby opened in 2012 and currently employs 264.

“North Carolina has the location, the cost structure, the workforce and the infrastructure that make it a smart choice for companies like Clearwater Paper,” said North Carolina Commerce Secretary Anthony M. Copeland. N.C. Commerce and the Economic Development Partnership of N.C. led the state’s support for the company’s expansion.

Clearwater Paper will hire operators, distribution staff, maintenance personnel and other workers. Salaries will vary by position, but the annual compensation of the company’s 180 new jobs will average $40,791. Cleveland County’s overall average wage is currently $36,576 per year.

“From 2010 to today, our experience operating in Shelby, North Carolina, has been exceptional and we continue to enjoy the region’s outstanding transportation infrastructure, business-friendly community, and overall quality of life,” said Linda Massman, president and CEO of Clearwater Paper. “For those same reasons and a competitive incentive program from the City of Shelby, Cleveland County and the State of North Carolina, we are pleased to announce the company’s newest state-of-the-art tissue machine will be built in Shelby. And special thanks to the citizens of Cleveland County and the State of North Carolina for making our decision clear.”

Clearwater Paper’s expansion in Cleveland County will be facilitated, in part, by a Job Development Investment Grant (JDIG) approved by the state’s Economic Investment Committee earlier today. Under the terms of the JDIG, the company is eligible to receive up to $2,635,200 in total reimbursements. Payments will occur in annual installments over 12 years pending verification by N.C. Commerce and N.C. Revenue that the company has met incremental job creation and investment targets. JDIGs reimburse new and expanding companies a portion of the newly created tax-base with the goal of increasing the overall revenue benefit to the state of North Carolina.

By law, JDIG projects must result in a net revenue inflow to the state treasury over the life of the award. For projects in Cleveland and other Tier 2 counties, 15 percent of the eligible grant is directed to the state’s Industrial Development Fund – Utility Account to help finance economic infrastructure in rural counties. Clearwater Paper’s expansion could provide as much as $292,800 in new funds for the Utility Account. Learn more about county tier designations.

“Today’s announcement is welcome news for Cleveland County and North Carolina,” said House Speaker Tim Moore. “Clearwater Paper has been an exemplary employer and member of our business community since it opened its doors here in 2010.”

“These additional jobs and capital investment are significant for Cleveland County’s economy,” said N.C. Senator Warren Daniel “Clearwater Paper’s success is yielding great dividends for our workers and our community.”