For the second year in a row, North Carolina holds the No. 1 spot on Forbes magazine’s Best States for Business ranking. 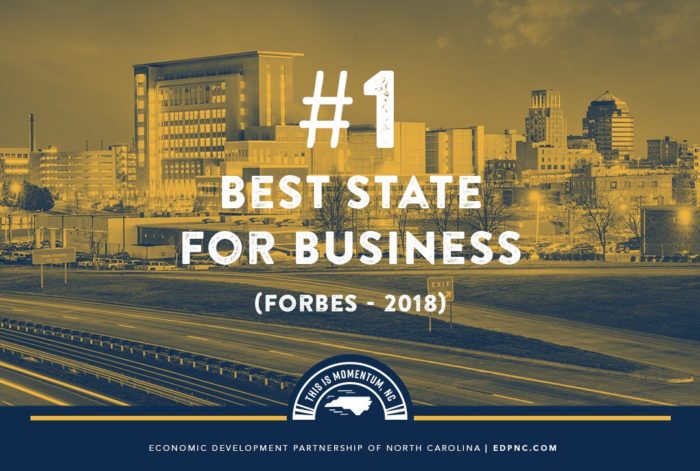 North Carolina has been the only state to place among the magazine’s top five states for business overall every year since 2006, when Forbes began ranking all 50 states.

The state’s economic outlook is strong, Forbes says, noting that growth in both jobs and gross state product is expected to be among the strongest in the country over the next five years. In addition, North Carolina’s population is growing at twice the U.S. average.