The Economic Development Partnership of North Carolina is pleased to announce the release of our 2017 Annual Report. Titled “Making Connections,” this year’s report is dedicated to EDPNC’s network of investors, partners, and community members across the state.

Flip through the 75-page report and you’ll find story after story depicting close collaboration and coordination between EDPNC, our local and state partners, business executives, and leaders across industry, government, and academia. 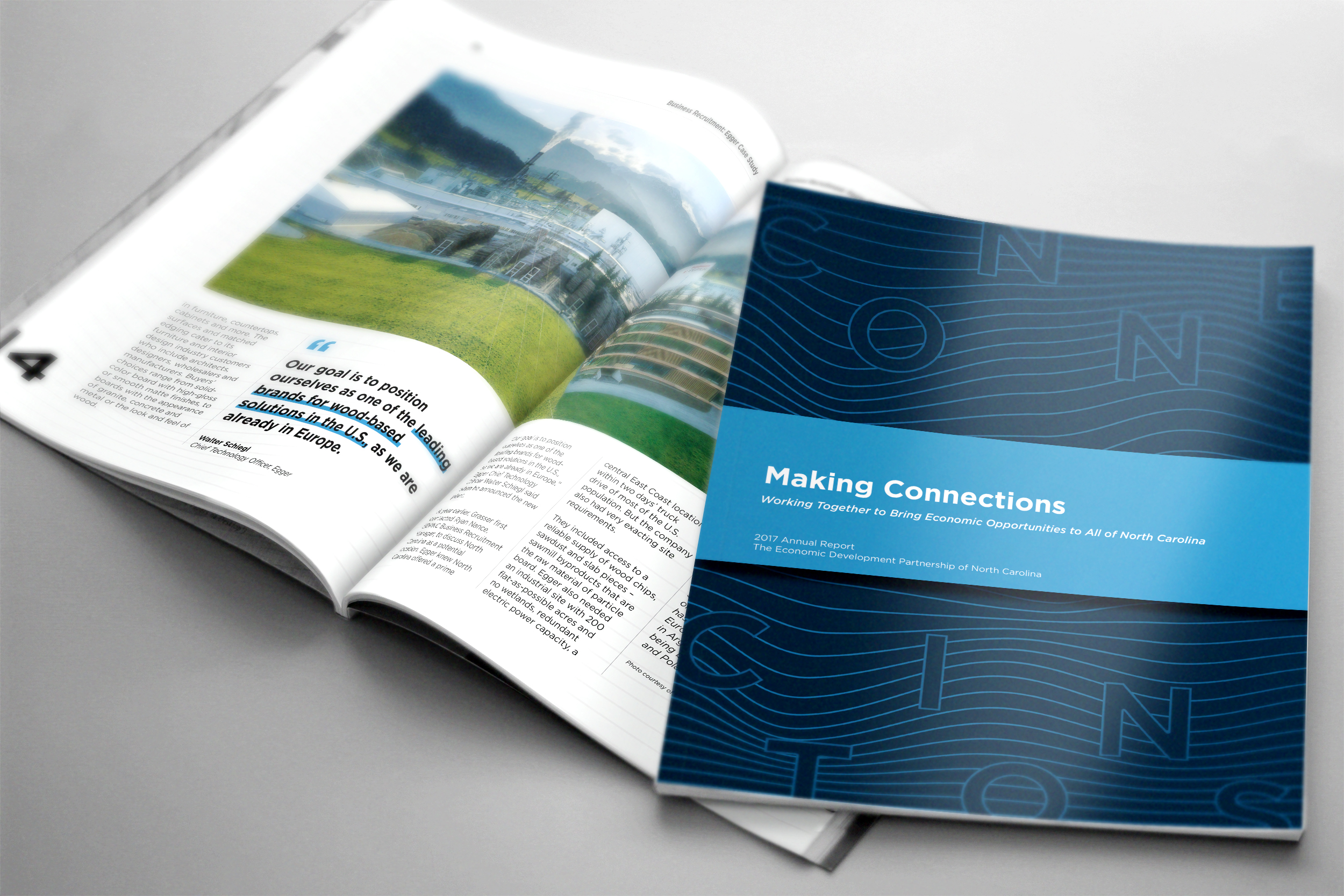 For EDPNC, 2017 represented a landmark year in each of our focus areas: recruiting new businesses to North Carolina; supporting the growth of existing NC businesses; helping manufacturers sell into international markets; helping budding entrepreneurs make their business dreams a reality; and making sure the world knows North Carolina as a great place to visit, live, work, and play.

As we reflect on the last year, here are some wins we’re thankful to have played a part in:

We recognize that when one North Carolina community wins, the entire state benefits. Our organization works tirelessly to bring economic opportunities to all of North Carolina, and we look forward to continuing to partner with you in 2018 and beyond.