North Carolina’s corporate income tax rate, which dropped to 3 percent in January, is the lowest in the nation, according to the Washington, D.C.-based Tax Foundation.

The foundation is an independent tax policy research organization that analyzes state tax codes and advocates for competitive policies. 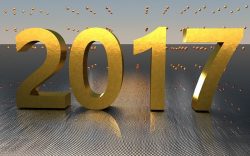 In North Carolina, the business tax has been reduced each year since 2013, when the state legislature approved a number of significant changes to the tax code. The state’s corporate income tax has dropped from 6.9 percent to 3 percent over the past four years, giving North Carolina the lowest corporate income tax rate of any state that levies the tax, according to the foundation.

The new 3 percent corporate income tax rate “has the potential to pay large dividends in the future as the state economy expands financial service centers, research and development operations, and corporate headquarters,” foundation economist Scott Drenkard has said in The Tax Policy Blog.

The state not only reduced the corporate income tax rate from 4 percent to 3 percent as of Jan. 1, 2017, it also cut the personal income tax from a flat rate of 5.75 percent to 5.49 percent. In addition, North Carolina moved closer to fully implementing single sales factor apportionment for multistate corporations.

All told, the changes are expected to make the state even more attractive to corporations considering places to locate or expand in the new year.

The drop in the individual income tax makes North Carolina even more competitive with other Southeast states, according to the foundation.

The state is also in the second year of its three-year transition to single sales factor apportionment for multistate corporations. Effective Jan. 1, 2018, the state will determine how much of a corporation’s income is subject to state tax based solely on its revenue from sales located in or sourced to North Carolina. It will no longer factor in a company’s property and payroll in the state.

Taxes are only one of many considerations corporate decision makers weigh when considering where to locate or expand. Companies are also drawn to North Carolina for its quality of life, infrastructure, workforce, regulatory environment and more.