For the third year in a row, North Carolina holds the No. 1 spot on Forbes magazine’s Best States for Business ranking. 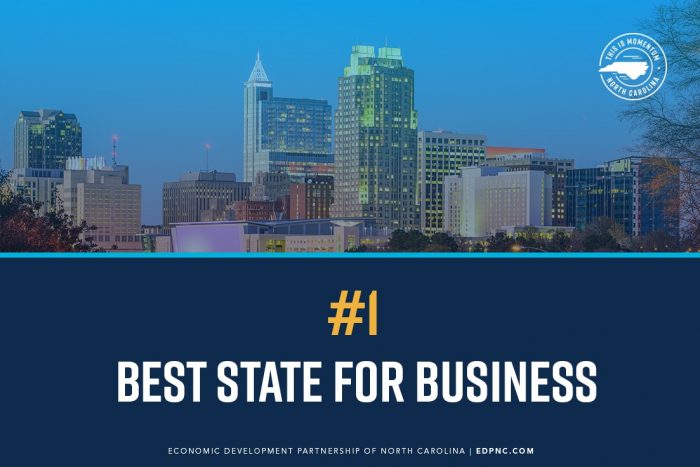 North Carolina has ranked in the top five overall for 14 straight years, beginning when Forbes first started ranking all 50 states in 2006.

Forbes credits North Carolina’s highly educated workers as one of the reasons why companies such as Microsoft, car sales platform Carvana and drug company Pfizer announced plans to invest in North Carolina in 2019.