North Carolina, which in 2017 had one of its best years for  job recruitment in over a decade, is one of only five states to receive a 2018 Gold Shovel Award. The magazine, which covers site selection and facility planning, considers a state’s top 10 job-creation and investment projects in granting the award.

While North Carolina frequently appears among the top five states in well-respected business rankings, this is the first time the state has taken home the gold from Area Development, which launched its annual Gold & Silver Shovel Awards in 2006. 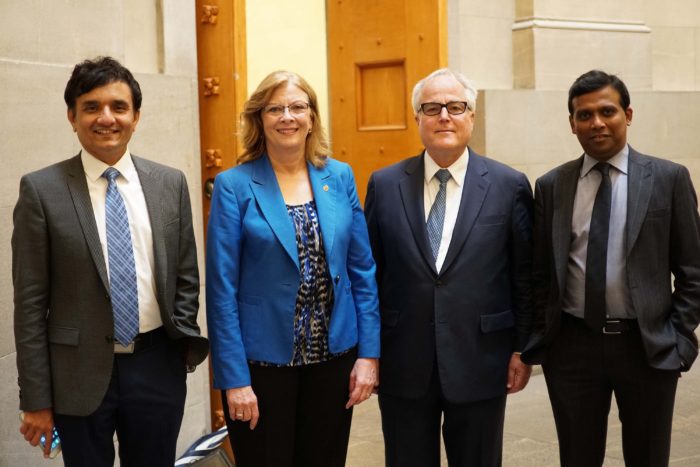 “We’re honored by this latest recognition of our state’s continued success in attracting new business,” said North Carolina Commerce Secretary Anthony M. Copeland. “And the fact this Gold Shovel is a first for the state, which has received eight Silver Shovels, is further proof we’re building on North Carolina’s already strong momentum.”

Recruiting new and expanded corporate facilities is a team sport. In 2017, the Economic Development Partnership of North Carolina (EDPNC), working with Commerce and other partners, helped close deals on 150 projects expected to create nearly 20,000 new jobs and $4.14 billion in new investment.

Area Development’s 2018 Gold Shovel goes to the leading states in five population categories, considering their top-10 projects undertaken in 2017. Awards are based on the number of high-value jobs created per capita, amount of investment and industry diversity. North Carolina won in the 8-to-12 million population category.

“North Carolina is often among the list of finalists for new corporate facilities,” said Christopher Chung, chief executive officer of the EDPNC, which operates under contract with the state Department of Commerce. “Our unmatched quality of life, superior educational institutions, population growth rate that’s among the country’s fastest ‒ these have always been and continue to be among the biggest reasons why companies choose us.”

The Shovel Awards also recognize large job-creating Projects of the Year. In North Carolina, those projects were: