Fresenius Kabi, a global health care company based in Germany, hosted a topping off ceremony last week to celebrate the $100 million expansion of its pharmaceutical manufacturing campus in Wilson, North Carolina.

The topping off ceremony was a traditional celebration of construction projects upon the installation of the topmost structural member – in this case, signing celebrants’ names on the final huge steel I-beam at the growing pharmaceutical production center in Wilson. 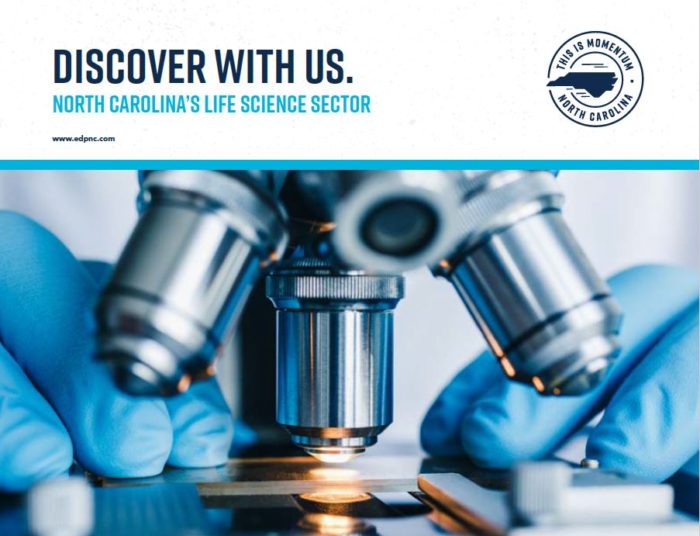 Download our brochure on all that North Carolina offers life science companies.

The expansion will add at least 445 new jobs to the workforce of 100-plus at the Wilson County site by the time it’s completed in 2022, increasing the company’s production of affordable, generic medicines for use in hospitals and clinics.

The company broke ground in September 2017 on a $250 million expansion at its pharmaceutical manufacturing site in Melrose Park, Ill. In total, the company employs more than 3,000 people in the U.S., including at its U.S. headquarters in Lake Zurich, Illinois.

Interested in locating or growing your business in North Carolina? Email EDPNC’s business recruitment team or call us at 919-447-7744.