Triangle’s “Tech Stew” Makes It the Nation’s No. 5 Market for Tech Companies

Raleigh-Durham-Chapel Hill is the No. 5 market for tech companies in the nation, according to a recently released study by real estate brokerage giant Cushman & Wakefield.

Cushman & Wakefield’s Tech Cities 1.0 report reviewed tech growth in U.S. markets across the U.S. and highlights the Top 25 markets. These cities have outperformed the U.S. as a whole in terms of job growth, income growth, net absorption of office space and rent growth over the past seven years.

The report weighs several components of “tech stew” ‒ including workforce talent, capital,  growth opportunities and entrepreneurship. It analyzes, among other measures, the number of educational institutions, the percentage of tech and knowledge workers and the amount of venture capital funding in metro areas. 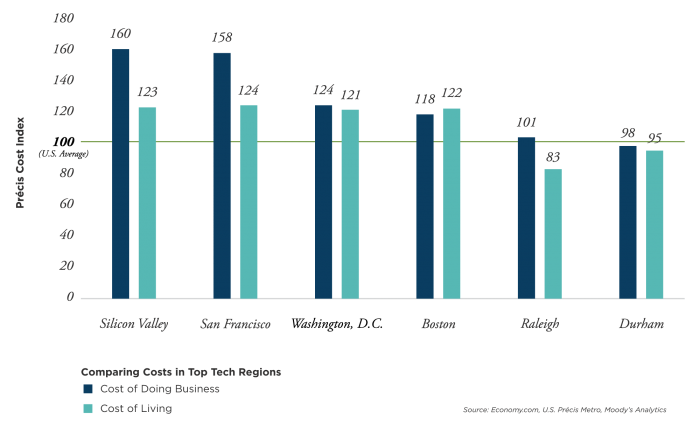 “Raleigh-Durham-Chapel Hill, often referred to as the ‘Triangle’…, has developed into a major market for technology companies given the area’s deep pool of skilled labor, the presence of three prominent universities, and its reputation as a medical and technology research hub,” said Rich Harris, managing principal, Cushman & Wakefield.

Distinctive attributes of the Triangle cities, combined with the their high prevalence of PhDs, world-class researchers, talented engineers, techies, and entrepreneurs, make the region fertile ground for startups of all kinds, Harris said.

“It’s not uncommon to see a doctor leave a career at a hospital to start a company based on decades of research, or a technology executive at one of the major R&D companies in [Research Triangle Park] leaving a position to pursue a specialized line of technology that’s too specific for a larger company to pursue,” Harris said. “And they often separate amicably and with the backing of their previous employers.”

“Once they start their companies, the feeder of local graduates – coupled with the talent migrating to the Triangle – serve as a potent workforce.”

The “live-work-play” concept – which emphasizes development that is compact, connected, walkable and multiuse – has “rapidly built up our city centers across the Triangle, particularly in downtown Durham where there was an abundance of historic tobacco warehouses that were converted to sleek tech workspaces with hardwood floors, big bay windows, large timbers, and high ceilings, ” Harris said.

“Most of these buildouts were aided by historic tax credits, which enabled companies to create one-of-a-kind destination spaces for tech companies,” he added.

“Other factors contributing to tech growth are more basic,” Harris said, “such as the Triangle’s quality of life, which boasts direct access to the beach to the east and the Blue Ridge Mountains to the west. The Triangle is also very competitive from a cost-of-living standpoint, especially when compared to first-tier city tech hotbeds that are often triple the price to do business.”

Visit here to download the full report.  The one-page overview below provides further details about the tech market in Raleigh-Durham-Chapel Hill.

Interested in locating or expanding your company in North Carolina? The EDPNC business recruitment team can help you identify available buildings and sites across the state, navigate incentives for relocation or expansion, find workforce solutions and more. Call us at (919) 447-7744 or email clientservices@edpnc.com 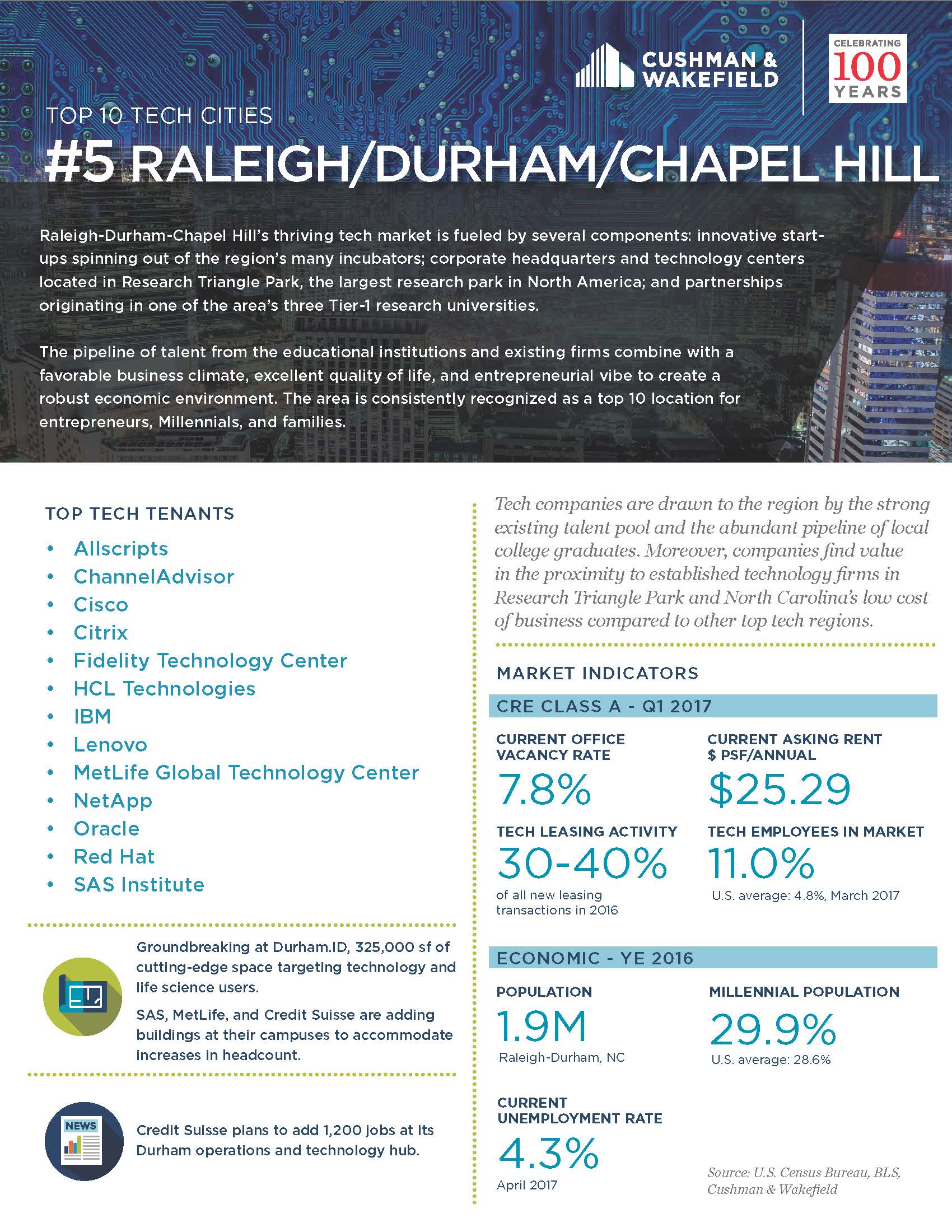